WEST LONG BRANCH – The Shore Regional Cross Country teams shined at the Fall Classic Meet at Thompson Park in Jamesburg on Oct. 13, as the boys claimed first place and the girls finished third.

The girls were without Pari Walter, their number one runner, who was on a college visit, according to head coach Mel Ullmeyer, who is in his 16th year leading the program.

The team always competes in this particular meet because it is where the sectional meet is located. This was the second time Shore Regional ran at Thompson Park, but this time, the weather played a factor.

“The problem with this meet was we had a heavy rain storm and it was raining on the day of the race that weekend,” Ullmeyer said. “The times weren’t as fast as we expected, but the guys won by like 60 points; they dominated. It was a good tune-up. It gets us ready for the big meets at the end of the season, and that’s why you participate.”

“Most of the meets we go to now are invitationals, where you have about 26-30 schools,” Ullmeyer said. “Some meets we will be running against schools that are our size, but a lot of the early season meets will be against a lot of the bigger schools. When you are running in the county and Shore Conference meet, you are running against some of the best schools in the state. For example, the girls got 13th in the county meet, but out of those 13, there was like four or five that are ranked top 25 in the state. So when you run against that competition and then you get to Central Jersey Group 1 against Keyport, Keansburg, Asbury Park, you have a lot more confidence because you have already ran against the best.”

Ullmeyer has had a very successful coaching career, having won nine state championships and 14 sectional championships. He started running in 1969 and went onto Raritan High School and Monmouth University, where he still holds the records for the mile. He started coaching when his daughters started to run with him, and has been doing it ever since.

“They would come running with me when they were young and they ended up running for me at Shore.” Ullmeyer said. “I planned on coaching just until they got out of school and now one is 32 and the other is 31, and I’m still doing it.”

“I think coaching this sport is rewarding because there’s Pop Warner football and traveling baseball, basketball and soccer, but there’s nothing like that for track and cross country,” Ullmeyer said. “So a lot of the kids I get sort of stumble upon it. Cam, my number one guy, played football his freshman year and now he’s going to win the sectionals and has a chance to win states as opposed to standing on the sidelines watching football games. It’s tough at Shore because there’s so many fall sports but other athletes come out in the winter or spring and they like it and then they stick with it.”

The next meet for Shore Regional will be the Shore Conference Championships Oct. 25 at Ocean County Park. That meet consists of the top 15 teams in Monmouth County and top 10 teams in Ocean County. 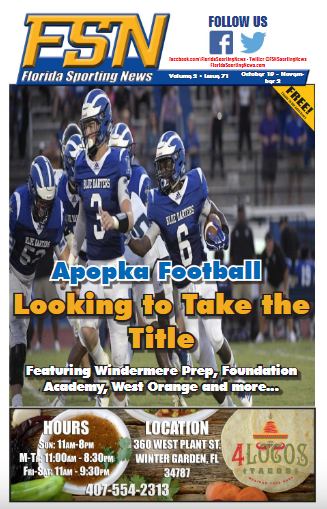 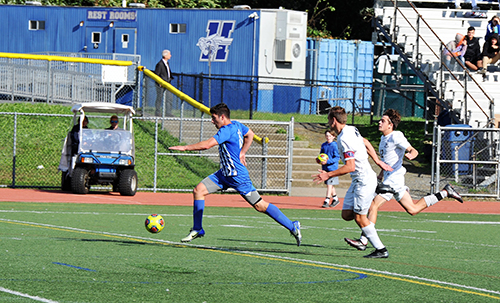