When the lights flood the field at SoFi Stadium, the site of Super Bowl XLVI, two teams, the Los Angeles Rams will step out onto their home field looking to avenge Super Bowl XLIII where they lost to the New England Patriots. The 2018 Rams were also led by current Rams head coach, Sean McVay, but they had a very different leader-on-the-field.

The 2019 Rams were led by quarterback Jared Goff. The 25-year-old Californian was able to throw just one touchdown pass, while inflicting two interceptions on his team en route to his and his club's first Super Bowl appearance.

Matthew Stafford is the Quarterback who will lead the Los Angeles Rams into Super Bowl 56 on Sunday and he has been better than Goff was during the Rams' last Super Bowl appearance. The reason I say this is clear, Stafford has thrown six touchdown passes during the postseason. Stafford's playoff performance so far, has eclipsed what the Rams signal-caller did during their last run to the Super Bowl in 2018 and it has been better than what Joe Burrow, who will be his opponent on Sunday, has been able to do during these 2021 NFL playoffs.

On the other hand, Joe Burrow will be the main threat standing in the way of a second Rams Super Bowl in 22 years. Here is some background on the man known as "Joey Franchise." Burrow was a phenomenal college quarterback at Louisian State University (LSU). He broke a passing record by throwing 60 touchdowns and just six interceptions during the 2019 season and was able to lead LSU to the Division One National Title.

Burrow got injured in week eleven of his rookie season (2020), suffering an ACL injury that kept him out for the remainder of his first season in Cincinnati. Nevertheless, a competitor never backs down and Burrow came back with a vengeance during 2021. During this past NFL regular season, Burrow finished top ten in both touchdowns and Passing Yards.

But what has been his most impressive stat is, a 23-year-old quarterback, who was born in Iowa had the league's highest "completion-percentage" (70.4%) which put him ahead of veteran superstar quarterback, Aaron Rodgers.

The Ohio-raised Burrow actually shares three things in common with his foe who is from Florida, Matthew Stafford. What they share is that both were drafted first-overall, both wear the number '9' on their jerseys and both franchise quarterbacks have won the Pro Football Writers of America (PFWA) Comeback Player of the Year Award, once. Another interesting morsel for you is that, both Stafford and Burrow were 23 years-of-age when they were given this honor.

Enough about the quarterbacks who will take the field in Los Angeles, tomorrow. Let us not ignore the head coaches who have organized their teams throughout the 2021 NFL season. Zac Taylor is in his third season as head coach of the Cincinnati Bengals. Taylor is 38 years old, which makes him the second-youngest head coach in the league behind the head coach who will stand on the opposite side of SoFi field on Sunday, Sean McVay.

McVay who has been in charge for the last four seasons and already has an NFC Championship victory under his belt. The combined age for SB LVI is 74 years, meaning that this year's Super Bowl features the youngest head coach matchup in NFL history, beating out Super Bowl 44 between Pittsburgh and Arizona.

How the Bengals Reached This Point

The coolest thing about this edition of the Cincinnati Bengals has been their sheer determination late in the season. Those big orange cats defeated the AFC's top-seed, the Tennessee Titans and the offensive juggernaut that was the Kansas City Chiefs in the AFC Championship game, to get here. However, they barely won each of these games, defeating the Titans and Chiefs by three points, both times!

With regards to the Bengals transformation from league worst to Super Bowl contender, it began when they drafted Joe Burrow, first-overall in 2020. The Bengals went 2-14 during the 2019 NFL season, which gave them the number-one pick heading into the 2020 NFL draft. Then, Cincinnati were very lucky that arguably the greatest quarterback to come out of the draft in recent memory was available. That great draftee was Joe Burrow, LSU's starting quarterback who was coming off an incredible season where he was able to win both the College Football National Championship and the Heisman Trophy.

Now, the Bengals had finally drafted a franchise Quarterback, but after rebounding from a serious injury that he suffered in 2020, Burrow and the Bengals did not shoot out of the gates in 2021. In fact, the Bengals got off to a solid 5-2 start but lost momentum when they traveled to East Rutherford, New Jersey and suffered a hard loss to the New York Jets, who would end up in the bottom-five of the league. Nevertheless, great teams are great because they know how to finish strong and the Bengals ended up winning five of their last eight games.

The best of which was a hard-fought 34-31 victory at home over the Kansas City Chiefs. This was where the Bengals showed the league that they could beat an established team, that won a Super Bowl before. Ever since, the Bengals have been riding that momentum through the playoffs, defeating the Raiders in the wild card game by one touchdown and thanks to Burrow's clutch performance.

Then, in the divisional round of the playoffs, no one gave Cincy a shot against a hard-nosed Tennessee Titans team, but they still managed to win by three points! Fast forward to the AFC Championship game and the Bengals would face the Chiefs in one final test. In the end, Burrow and the Bengals were able to defeat a very experienced team with a former Super Bowl-winning head coach and Quarterback opposing them, which brings us to where the Bengals stand today in the 2022 Super Bowl.

The Rams' Road to Super Bowl 56

Let's face it, the Rams are way, way more experienced than the team they will be facing on Sunday. For one, the Rams starting quarterback is Matthew Stafford, a 34-year-old veteran, who was a product of the strong SEC College Football program at Georgia and has seen it all for twelve years in the NFL. Ironically, Stafford has had two great seasons in the NFL. In 2011, Stafford thre for a career-high 41 touchdowns during the 2011 NFL season and helped lead the Detroit Lions to a second-place finish in the NFC North Division.

That was over ten years ago, though. Since then, Stafford was a very proficient quarterback in 2016 and 2017, but his team was only able to finish 9-7 both of those seasons. In 2019, the Lions had a terrible record and when they missed the playoffs again in 2020, it was time for the franchise to let their quarterback find greener pastures.

On Mar. 8, 2021, the Los Angeles Rams traded for Stafford, sending quarterback, Jared Goff and three draft picks to Detroit for one of the league's best signal-callers. It was no surprise then, that a reinvigorated 'Matty Ice' has been able to perform at a higher level in Los Angeles, than he did with a struggling team in Detroit. In his first full season with the L.A. Rams, Stafford threw 41 touchdowns and that matched his career-high for TD-passes in a single season that he set ten years ago.

On the other hand, it hasn't been all wine and roses for Stafford this season, because he did lead the NFL in interceptions with 17. Whether that is a red flag or not, remains to be seen, but overall, Stafford has been the competent starting quarterback that the Rams needed to reach this Super Bowl.

When predicting the outcome of Super Bowl 56, one has to appreciate how each team has played leading up to this. The Los Angeles Rams have scored over 90 points, or 30-per-game in each of their playoff matchups. Stafford outdueled Tom Brady in the NFC Conference semi-final with a 366-yard, two touchdown, zero interception performance. On the other side of the coin, Joe Burrow did not play well in his team's second round game. Against the Titans, Burrow failed to throw a single Touchdown, and threw an interception. Furthermore, the young NFL quarterback has thrown one interception in each of his last two playoff games.

What is even more important to note is that, during the regular season, guess who led the league in interceptions thrown and pick-sixes? The NFL Quarterback who led the 2021 season in interceptions was Matthew Stafford, which begs the question, will the Bengals pass defense which will feature two former New York Giant football players in defensive tackle, B.J. Hill, cornerback Eli Apple and safety Michael Thomas.

Those who love New Jersey's biggest Football school-- but not their 2021 record! will be pleased to hear that there'll be two former Scarlet Knights playing on Sunday. They both play for the Bengals and their names are defensive tackle, Sebastian Joseph-Day and long-snapper, Clark Harris! The pressure will be big for both quarterbacks but remember that the outcome will not just land on the quarterback's shoulder, but it will also land on the shoulders of Bengals leading pass rusher, Trey Hendrickson (15.5 sacks) and the Rams' vaunted pass rushing duo of Aaron Donald (12.5) and Von Miller, who in these playoffs has come up big with ten tackles, two Sacks and a forced fumble in the Rams's 30-27 NFC Divisional round win over the Buccaneers.

A lot of what will happen in Super Bowl 56 comes down to this. Which defensive line will succeed at putting enough pressure on the quarterback to make them make mistakes? Let's remember that Stafford has a decade-worth of more experience than Burrow, I am not sure how well the former Georgia Bulldog will handle a pass rushing unit that includes eight-time pro-bowlers, Von Miller and Aaron Donald at the same time! But still, I think this. Stafford has waited 12, long years to make it to his first Super Bowl and I don't think he will waste that opportunity. In the end, he will continue his great postseason form and get the job done. 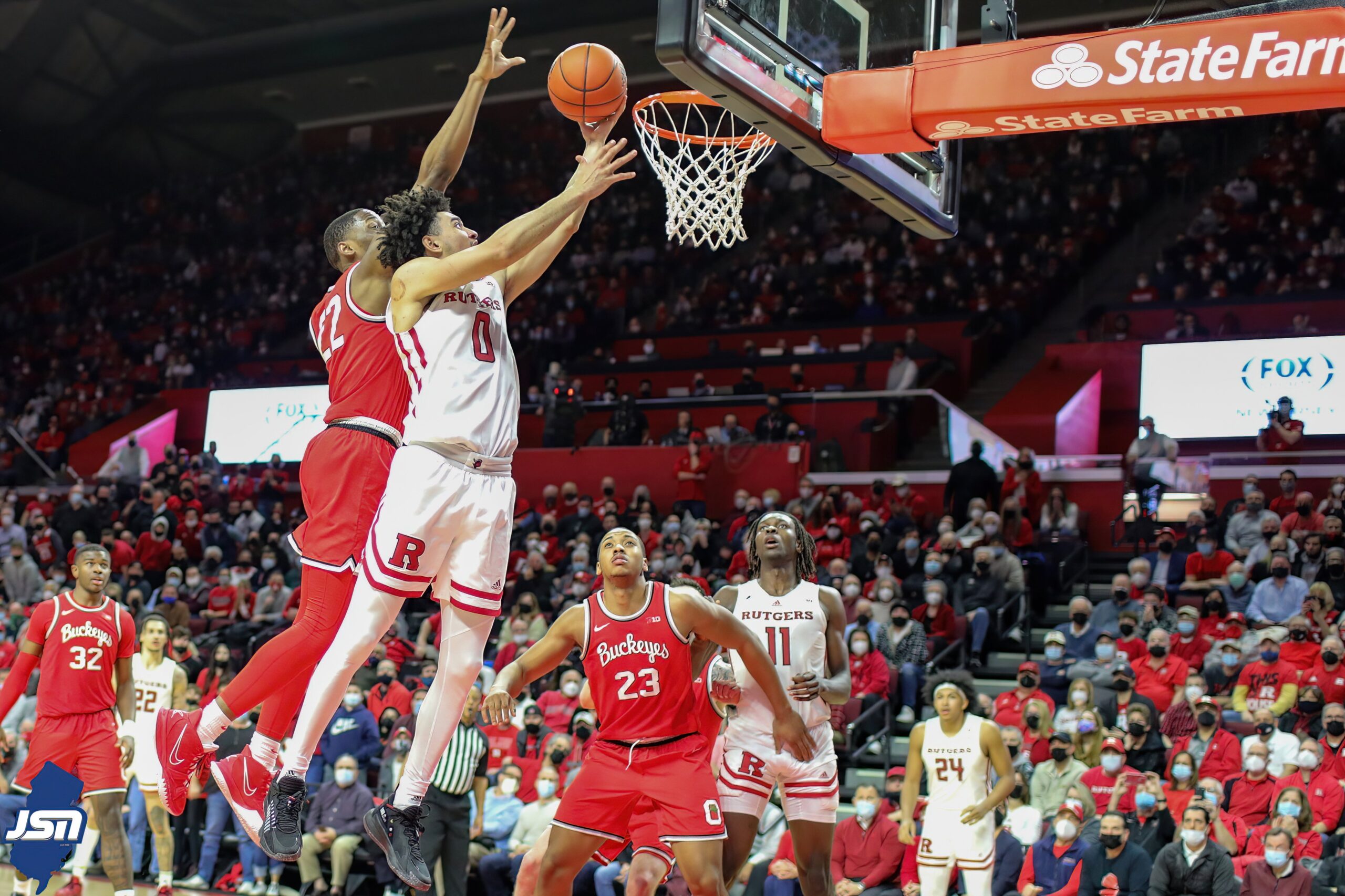 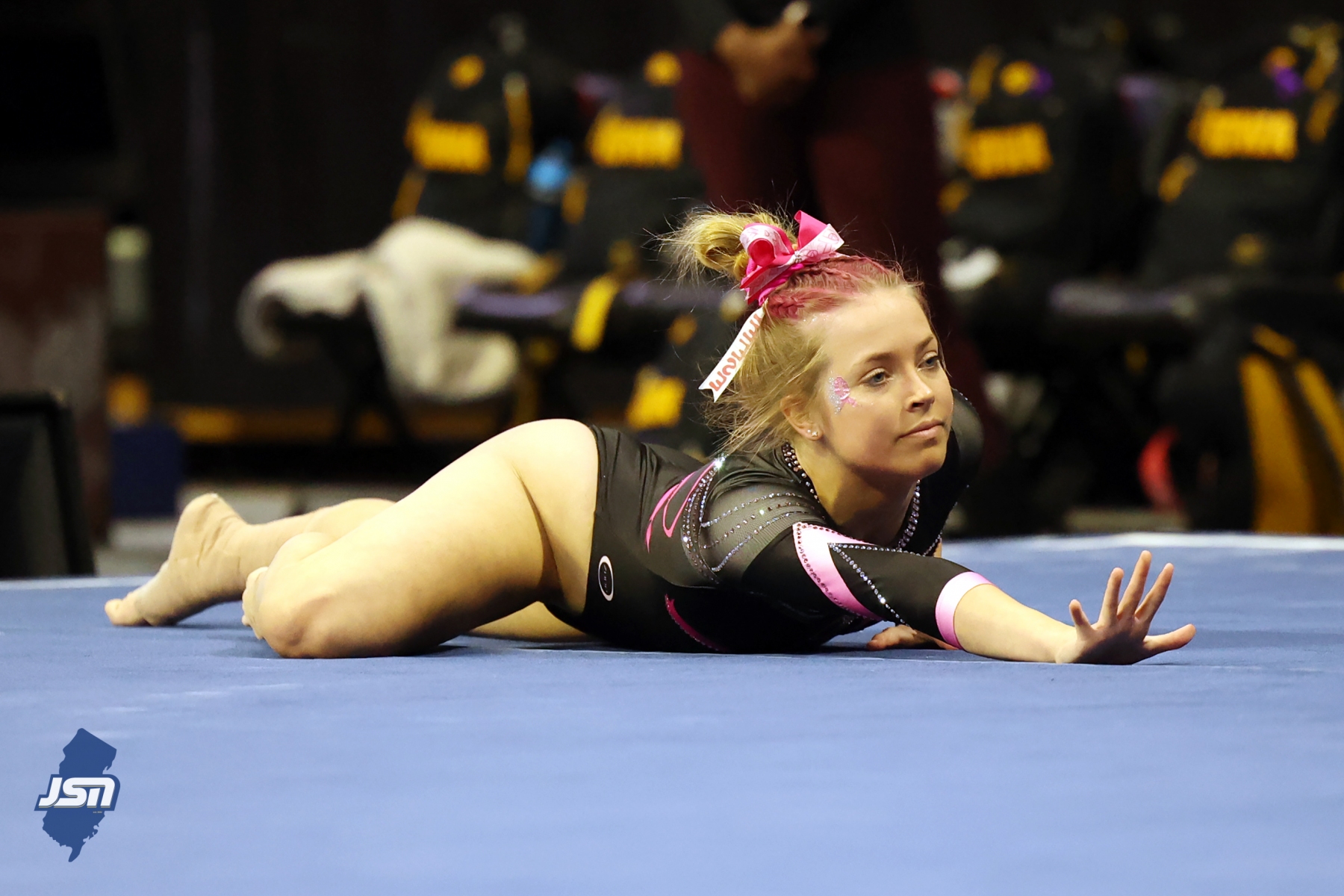