The Battle for the Hudson River Begins

The short-lived, but fun Hudson River Derby has finally come in 2021 after many months have gone by in this 2021 MLS Season. So far, when you look at the Eastern Conference table, the team in Blue is currently in third place while the New York Red Bulls are trying to climb out of the hole they dug themselves into.

New York City FC has earned 31 points in 19 matches played, as Ronny Delia's side continues to put on strong performances, with the exception of a road loss at Philadelphia in mid-week. Still, no matter who is doing well, these games will always test your minds and emotions on who will be the kings of the NY Soccer Scene.

This will be Gerhart Stauber's first-ever Hudson River Derby and we all know when it's time to plan for an inter-city derby, you must be on your toes. These matches get more focused than the typical matches within the league. How will he prepare for a match like this?

"Yeah, I think with New York City FC we have an opponent for our chest. They can handle the game with a big experience in more ways, they can play on the ground with a high combination tempo, they can play also with layoffs with long balls very efficiently." said Struber, "I think from the statistics, many standpoints, the game style from New York City FC and also the output is for me one of the best teams in the league and for us, it is one more time very important that we find against a team like New York City FC in a derby that we have the right hunger, the right fitness, the right shape, and the right staggering.

"In the end, we can see also that they have not only strength, they have also one or other topic and we will find that in the game, and we will move the boys in this direction in the coming days."

Carlos Coronel had a strange game against Montreal where he had to retake three penalties to stop in Montreal but after a solid redemption match against the Columbus Crew in mid-week, it's time for Coronel to really batten down the hatches to face NNYCFC, he has watched past games to get an education of this derby.

"I’ve watched several on the internet, like the best New York Derbies, so I could better understand the environment, how these matches play out. I noticed that this is a tough Derby, and I also watched the 7-0 because it was a big result. When you see that, it’s very gratifying, especially for the fans. It’s a record that the Red Bulls have completed and watching the highlights provoked in me a lot of pride to know that we have that." said Coronel.

The biggest stick you can give an NYCFC supporter is that they don't have a true home for soccer. Sure the New York Yankees have a 20% stake in the subsidiary of Manchester City and use Yankee Stadium for their home games, but we have seen NYCFC borrow Red Bull Arena for some of their home games. This isn't the San Siro where both AC Milan & Inter Milan share. Tom Edwards is aware of this and he gave his thoughts about that situation.

"Yeah, we are going to make sure that they feel like they are at our stadium, and it is not another home game for them. We are going to make it as tough as possible for them. We will be confident, and we will have a lot of fans cheering us on. It should be a good atmosphere for it, but it is just to make sure they do feel like it is an away game and they do not feel like they have a step on us and think it is a home game." said Edwards

It's going to be another fun time in this short-lived rivalry match, as the New York Red Bulls and NYCFC will tango again with each other. These games are always fun and exciting to watch, but we shall see what will happen after the full 90 minutes is over this weekend. 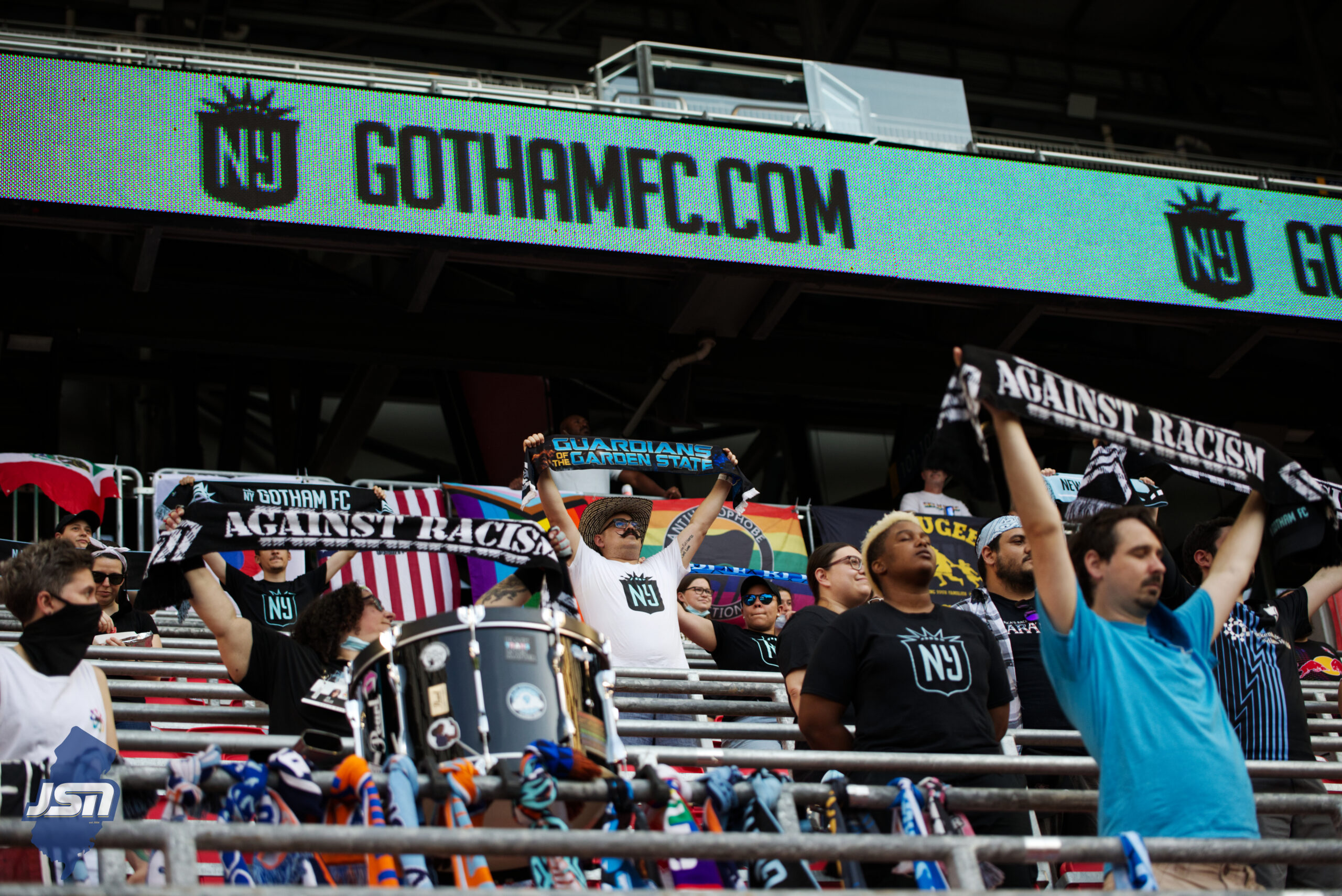 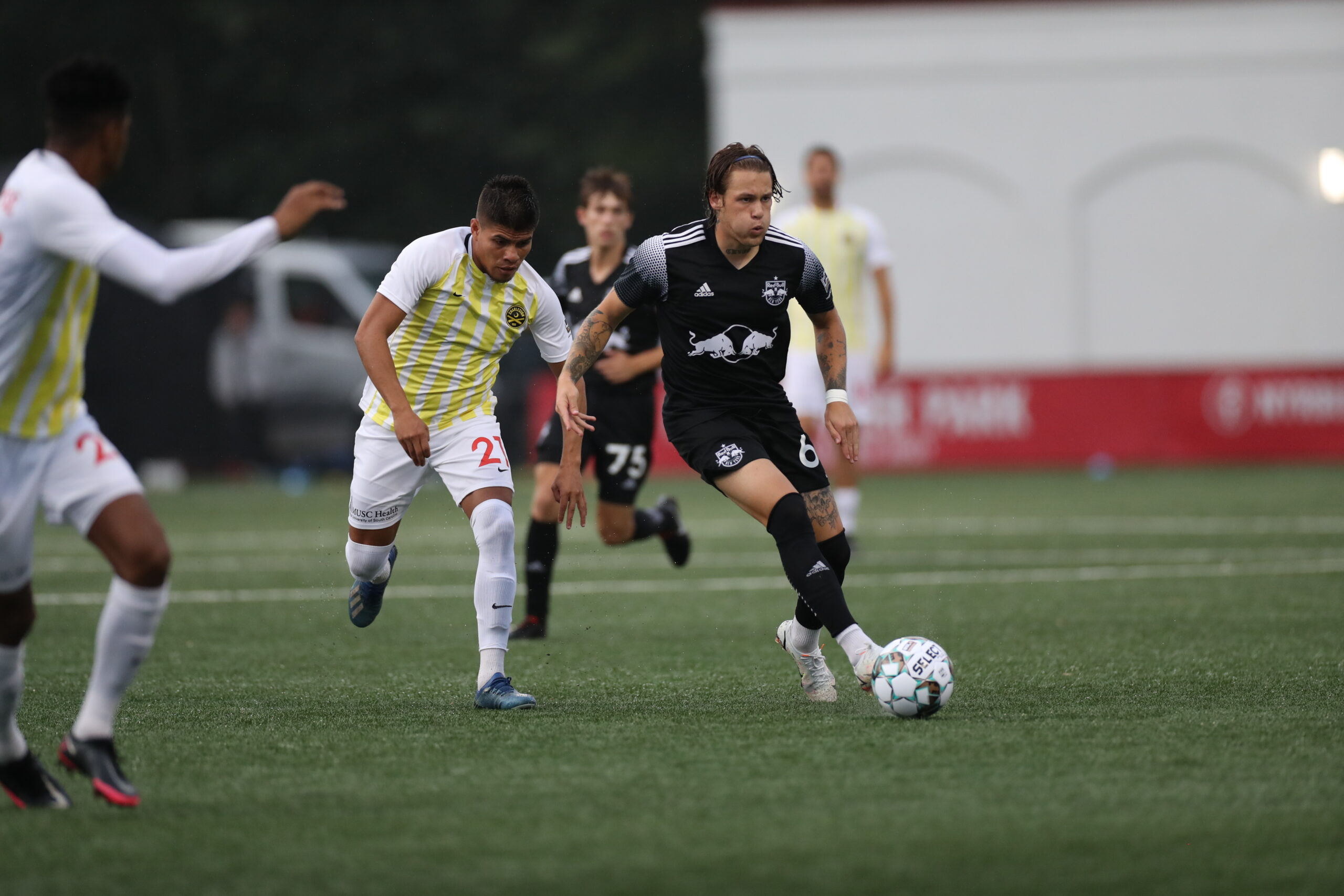