Westwood cruises past River Dell in the Bird Bowl

Entering the game, the Cardinals were on a roll, winning their first two games of the season and shutting out both opponents while scoring 83 points. On the flip side, River Dell bounced back from a 34-6 loss to Parsippany Hills in the season-opener as they held off Bergenfield 30-25 at Bergenfield High School. The Golden Hawks were playing their third consecutive road game.

It was a magnificent night under the lights, with the stands on both sides for the teams, marching bands, and cheerleaders. The student sections rooted on with passion and enthusiasm.

The defense ruled for the majority of the first half. Both teams' defenses came up with big stops on fourth downs that resulted in a turnover on downs.

The Cardinals' defense forced another turnover on downs in the second quarter. With the Golden Hawks starting at their 20-yard line, an errant snap led to a fumble. Dario Mathurin scooped up the fumble at the 14-yard line and rumbled into the end zone for the score with less than seven minutes remaining.

The Westwood defense continued to set the tone, forcing a quick three and out. A short punt ended with the Cardinals' offense inside River Dell territory at the 46-yard line.

On third and three at the 39-yard line, the junior quarterback initially lined up at the wide receiver slot, took the handoff, snaked his way through several players, and sprinted to the end zone for the score with four minutes left.

River Dell had an opportunity to put the points up late in the quarter by advancing the ball deep into Westwood's end of the field on eight plays. However, senior kicker Alejandro Carballeda missed a 32-yard field goal.

Westwood wasted no time responding. Backed up at the 19-yard line, quarterback Robbie Carcich scampered for a 25-yard run. Through the air, Carcich connected on a 20-yard pass to wide receiver Colby Laughton that set up first and ten at the River Dell 15-yard line.

On second and goal at the five-yard line, Laughton took the handoff from Carcich on a jet sweep and darted towards the right side of the field. Turning the corner, Laughton sneaked his way just inside the pylon for the score with less than four minutes to go.

The Cardinals' defense shook off the early touchdown to begin the quarter, forcing the Golden Hawks' offense into a three and out.

Westwood's offense was back in River Dell territory as the offense went to work with a pound-and-ground approach. Four straight running plays concluded in Jack Dugan plowing ahead for a three-yard touchdown with 1:21 remaining.

The Cardinals closed out a 34-7 victory in grand style as Carcich hurled a 29-yard pass to junior Aidan Carrazana down the middle of the seam with less than five minutes to go in the fourth quarter to give Head Coach Dennis Hard his 100th career win. 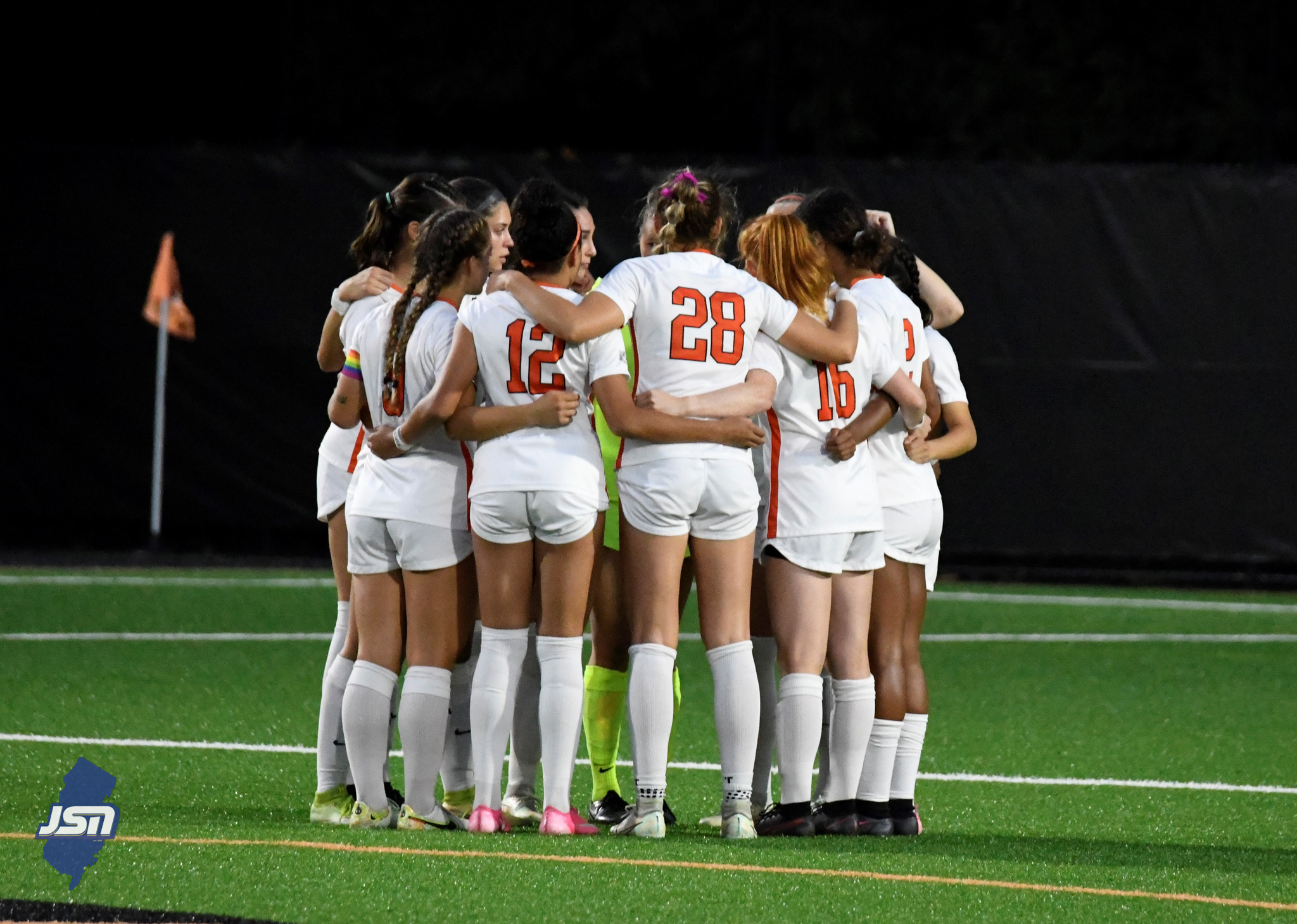