Jack Dugan explodes for 5 TD's to lift Westwood past Jefferson

The Westwood Cardinals rolled to a 40-3 win over the Jefferson Falcons (6-4) in the North Jersey Section 1, Group 2 Sectional Tournament Semifinals at Westwood Regional High School in Westwood.

Westwood (10-0) blasted out of the gates with junior quarterback Robbie Carcich airing out a 51-yard touchdown pass to junior Tom Bussanich down the middle of the seam with nine minutes left in the first quarter.

After the Falcons' defense forced a turnover on downs to start the second quarter, the Jefferson offense started at their 11-yard line. That presented no issue mixing up the run and pass to move into Cardinals' territory. However, the Westwood defense dug in once the Falcons' offense moved inside the 20-yard line, forcing a field goal attempt. Jefferson placekicker Sean Reiss calmly drilled home a 30-yard field goal that made it 7-3 with less than seven minutes remaining in the first half.

In the third quarter, the Cardinals' defense forced a quick three-and-out. Westwood's offense had excellent starting field position at their 42-yard line. On first down, Carcich took the direct snap, found a gaping hole and sprinted 34 yards to the Falcon's eight-yard line.

The Cardinals wasted no time cashing in as Carcich handed the ball off to senior running back Jack Dugan, who steamrolled around the right side of the line and into the end zone extending the Westwood advantage to 14-3.

Another three-and-out forced by the Cardinals' defense gave the ball back to the Westwood offense with ten minutes to go. Pounding the rock, the first six plays of the drive were on the ground, pushing the ball deep into Jefferson's end of the field.

On first-and-10 at the Falcons' 12-yard line, Dugan took the direct snap and plowed straight through as Jefferson's defensive players attempted to tackle the running back to the ground. Dugan managed to stretch the ball across the goal line for the score with five and a half minutes left, widening the Cardinals' advantage to 21-3.

Westwood's defense continued to apply pressure on the Jefferson offense as Cardinals sophomore defensive back Sean Morrison intercepted a pass thrown by Jefferson quarterback Ryan Moran and returned the ball inside Falcons territory.

On second-and-9 at the 28-yard line, Dugan busted through the line on his way to the end zone to expand the margin to 27-3.

Early in the fourth quarter, Dugan found the end zone for a fourth time, taking the direct snap and smashing his way through for the four-yard score to stretch the Westwood lead to 33-3.

Dugan tallied his fifth touchdown of the night on a 13-yard score with ten and half minutes remaining in regulation, leading to a running clock for the rest of the game. Dugan carried the ball 15 times for 119 yards while also kicking four extra points.

Westwood advanced to the North Jersey Section 1, Group 2 Final, where they will face off against another undefeated team in Rutherford (10-0) on November 11th at Rutherford High School, with kickoff set for 6 p.m. 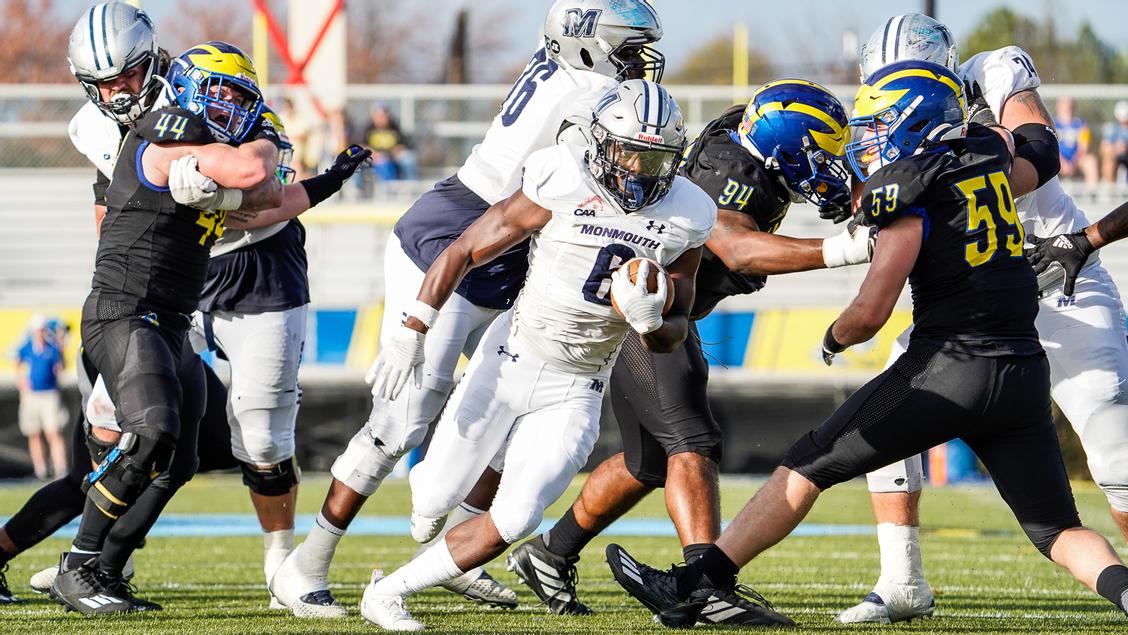 Monmouth routed by Delaware as once promising ... 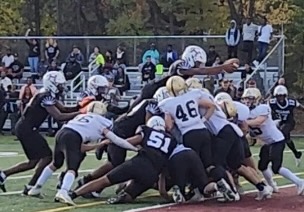 Hillside offense erupts in 2nd half to ...